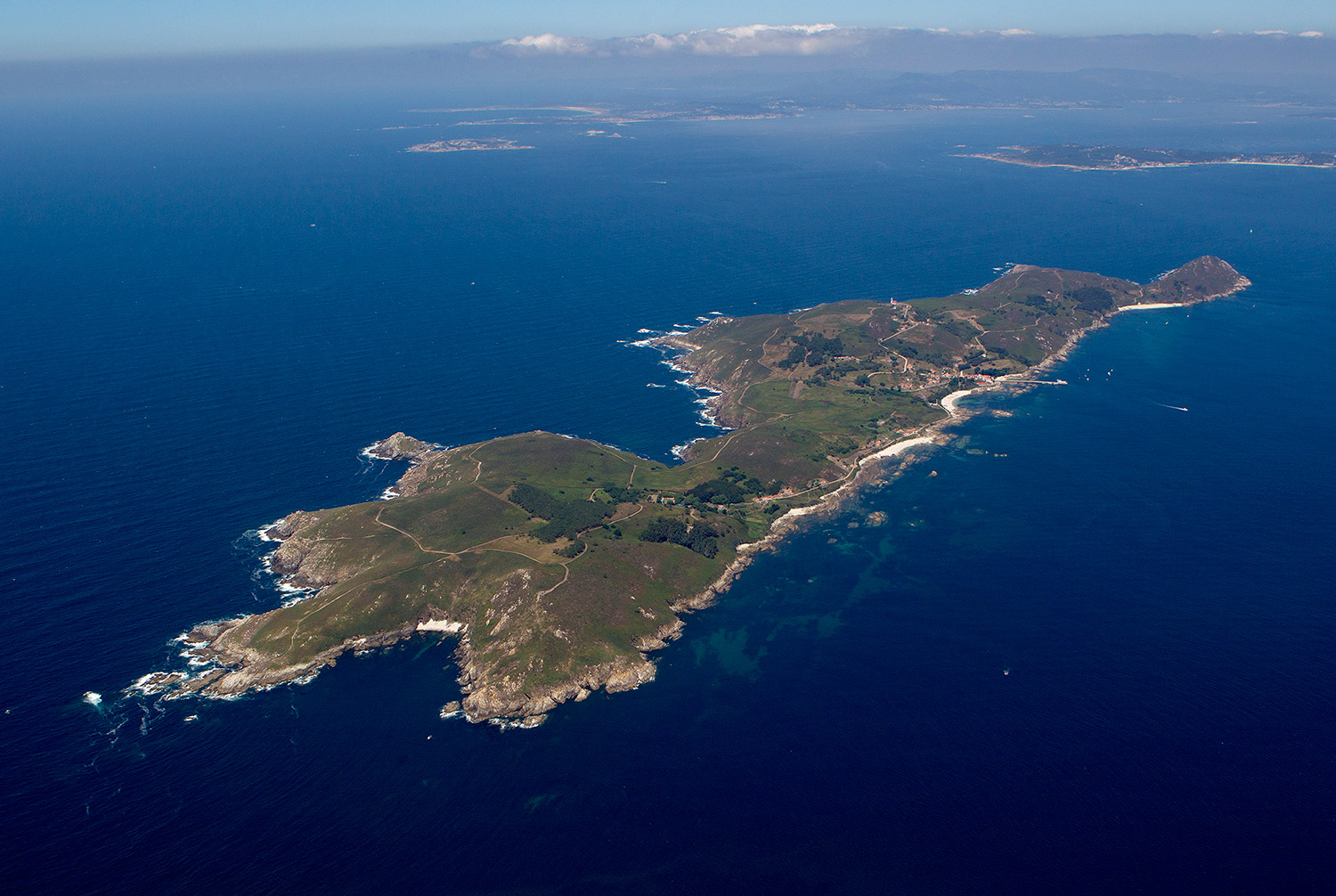 The earliest data on Ons Island speaks about some settlements of the Castro culture from the Bronze Age, located in the village of Canexol, known as O Castelo dos Mouros (these structures have yet to be excavated).

Ons Island appears for the first time in a document dating back to 899, when King Alfonso III donated the island to the Cabildo de Compostela. It is known that the island may have had a monastery in the 15th century, which could be related to an anthropomorphic tomb known as A Laxe do Crego, located opposite the beach of Area dos Cans.

Attacks by English privateers and pirates began at the end of the 16th century and ended with the settlers fleeing to the coast in the 18th century. Some time later, the Provincial Board of Armament and Defence decided to fortify the island. O Castelo, of which only some stones remain today, is what’s left of this. The increase in security made it possible to repopulate the island, putting a feudal regime in place.

Around the year 1800, the first salting factory was installed near the pier, changing the lives of the islanders—who made fishing their main economic activity—and increasing the island's population.

In 1929, Manuel Riobó bought the island and set up a trading company engaged in the drying and marketing of octopus and conger eel, which led the islanders to specialise in these species. The heir to the company, Didio Riobó, committed suicide at the start of the Civil War and the island was left without direct management. In 1940, the State expropriated the island for national defence, and when the war ended, Ons Island passed through the hands of different administrations.

It was during the 1940s and the 1950s that the island was at its best, with almost 500 inhabitants in the late 1950s. But in search of better living conditions, the islanders eventually left the island. This was the case until the 1970s, when, as a result of the boom in tourism, more and more people went to live on the island. At present, Ons is the only one of the Atlantic Islands that still has a relatively stable population. There are only a few people who remain in winter, but the population increases in summer.

You can go on Starlight trails, hike, swim in its crystal-clear waters, enjoy some lovely octopus tapas, lose yourself in the sound of the sea…

You can find out more about which cookies we are using or switch them off in settings.

This website uses cookies so that we can provide you with the best user experience possible. Cookie information is stored in your browser and performs functions such as recognising you when you return to our website and helping our team to understand which sections of the website you find most interesting and useful.

Strictly Necessary Cookie should be enabled at all times so that we can save your preferences for cookie settings.

If you disable this cookie, we will not be able to save your preferences. This means that every time you visit this website you will need to enable or disable cookies again.